Branching and merging is one of the most nerve-racking activities for people working with Subversion.  Unlike Mercurial and other DVCS where branching and merging is commonplace, typical workflows in Subversion do not include this activity.  As a result, the terminology is typically confusing, the massive number of changes can be scary, and a lot of people are so concerned about “getting it right” that they typically just avoid the practice altogether and work completely outside of source control.  That, of course, is the exact opposite of what we need when working on an important design spike or critical new feature.

Conceptually, what we want with a design spike or large new feature is to:

For these instructions, I assume that you have a subversion repository checked out and you’re actively working on the trunk. 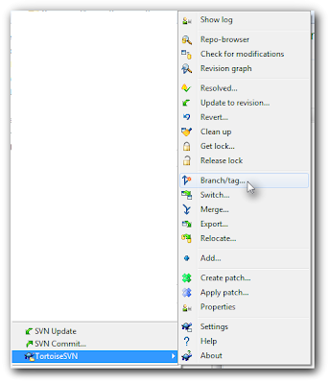 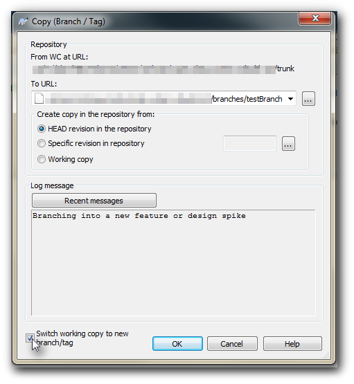 At this point you’ll want to take note of the revision number that had the last changes.

Work in the new branch, committing early and often

This is standard subversion behavior.

Periodically pull in (merge) the changes from the project trunk

You’ll want to keep track of the last revision you’ve pulled changes from.  In the beginning, this revision number is the revision that represented the branch itself. 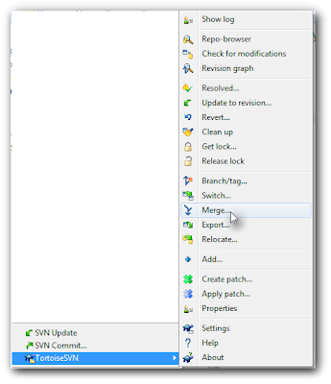 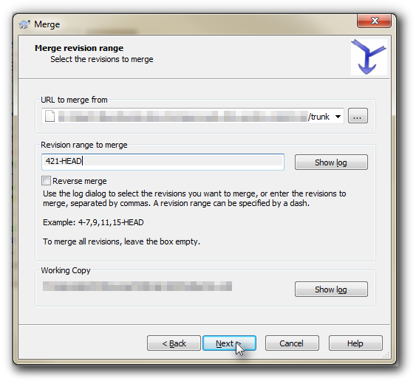 Hit next and do a test merge just to be sure before performing the actual merge.  All other settings can be left at their defaults.  Note that the merge is done in your working directory, so you’ll have a bunch of local changes to test and commit on your branch.

Reintegrate the branch into the trunk 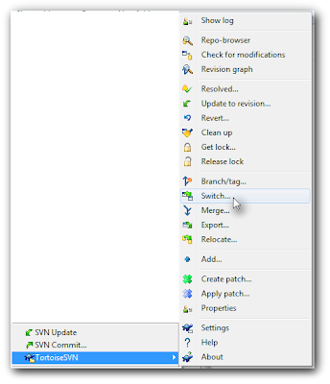 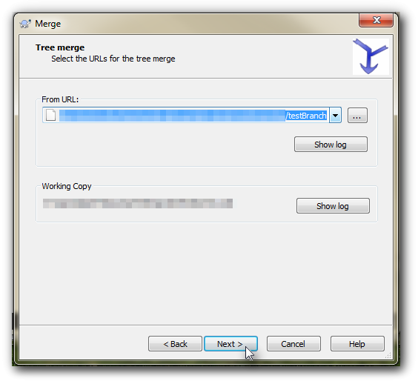